Invest in email marketing and social media in 2017 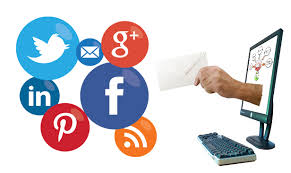 A recent survey shows that retailers are aiming to increase their profits by 2017, giving users the priority to reach out to email marketing and social media .

This survey was conducted by Yes Lifecycle Marketing in October 2016 and concluded that merchants worldwide are aiming to increase their sales and increase their customer base within 2017 . In order to do so, they began to use new methods of communication with consumers, such as sending e-mails and promoting their products to social media. According to the survey, 68% of marketers want to increase the profit of their business in 2017 via email marketing, while 54% will end up in the social media solution.

Four out of ten dealers will use 2017 digital channels and methods to increase revenue while 1/3 is willing to process marketing data and user feedback for useful conclusions.

The research concludes that retail retailers already use tactics through social media to share new products and services. In fact, 40% of respondents are the first to use cross-channel marketing , which is to interact with consumers through digital channels and mobile devices.

Although new technologies, such as beacons , virtual and augmented reality, have become widely publicized, a small percentage of retailers have expressed interest in them. In fact, most of the respondents answered that the above technologies can not be implemented in any way in their campaigns.

Find out more or adjust your settings.

This website uses cookies so that we can provide you with the best user experience possible. Cookie information is stored in your browser and performs functions such as recognising you when you return to our website and helping our team to understand which sections of the website you find most interesting and useful.

Strictly Necessary Cookie should be enabled at all times so that we can save your preferences for cookie settings.

If you disable this cookie, we will not be able to save your preferences. This means that every time you visit this website you will need to enable or disable cookies again.

This website uses Google Analytics to collect anonymous information such as the number of visitors to the site, and the most popular pages.

Please enable Strictly Necessary Cookies first so that we can save your preferences!